Leading innovative change in the large-format equipment sector, Canon USA just leveled up another notch with the announcement of their new Canon imagePROGRAF TX Series. This newly unveiled family of printers is specifically designed to meet the needs of customers who have higher productivity needs. Look out, because once these models hit the street, there will be some major shakeups as the TX Series is sure to dislodge plenty of legacy systems in the field—ink jet and toner alike. 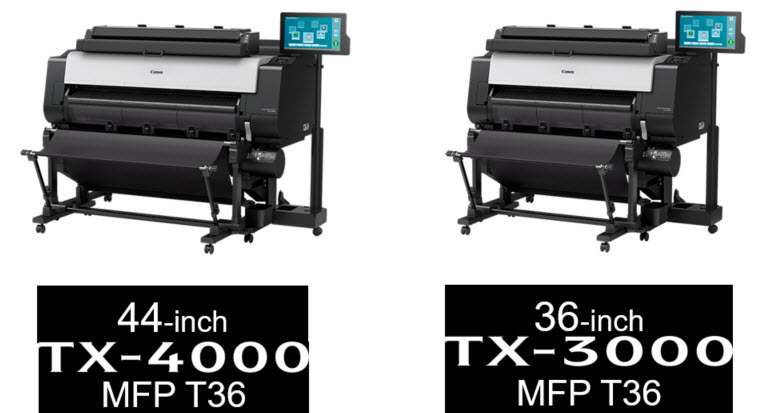 The technology in new TX Series is derived from the latest Canon PRO Series graphics printers. The new TX line up consists of four new devices, two new printers, and two new multi-function printers (MFPs) which include a TX printer, redesigned scanner, revamped print head, and new ink set and much more. Here’s a list of the new configurations:

Canon’s goal with the TX Series is to seize a sizable market share of the expanding production inkjet technical document space by providing afford-ably priced solutions that produce faster print speeds than ever before. In fact, the iPF TX printers are capable of printing 3 D-size drawings per minute, rivaling traditional LED, toner-based plotters. To reach these new performance benchmarks, a number of new core technologies are at the heart of the system.

When designing the new TX Series, Canon engineers looked outside of the industry for guidance and where they found it might be surprising—the auto industry. Like many of today’s cars, the imagePROGRAF TX is built on a unibody design. This produces a very robust chassis and reduces vibrations within the printer. On the surface, this might now seem like a big deal, but reducing vibrations improves the accuracy of the ink droplets, yielding better image quality and allowing for the machine to print faster.

The completely new PF-06 print head is a powerhouse, boasting 6-ink channels and 15,360 nozzles. It is designed to work with the unibody carriage for high-frequency ink jetting. The overall control over ink ejection improves the uniformity of ink density and color over all image types. Also the width of the new TD print head is 1.07 inches, so each pass covers a larger are on the sheet resulting in fewer passes of the carriage per sheet. Ultimately, the result is a 15% faster overall printing speed. 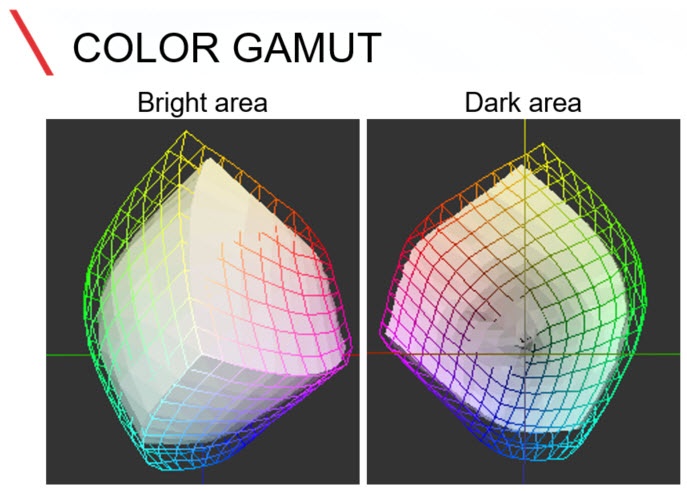 Now all Canon printers in this class are capable of upgrading to a 2-roll system, including the 36-inch TX versions. Since this is a modular component, the MFP can be added latter to a single roll system. Obviously, the initial benefit of having a second media roll is having an additional media source. This allows users to have two different sizes or types of media on hand anytime. But, more than that, the new MFP can also be configured as a take-up roll that will easily store a long print run on a roll for later cutting or laminating. The MFR is a very dynamic tool that will help you streamline your workflow in a variety of different ways. 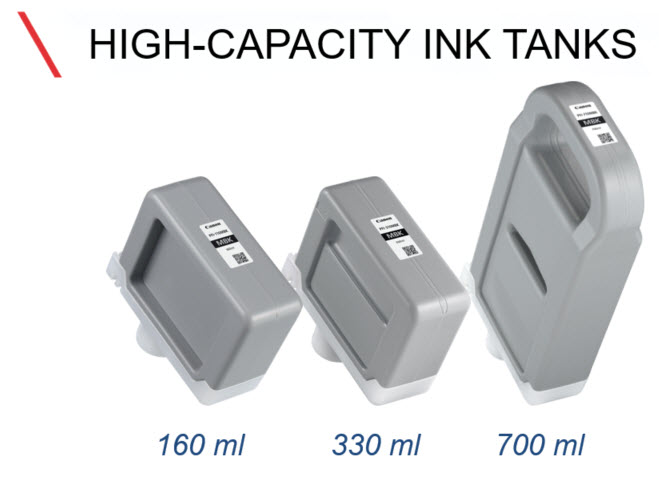 All imagePROGRAF TX printers offer the ability to use either 160ml, 330ml, or 700ml ink tanks. The best news is that these different sizes can be mixed-and-matched as the user’s discretion. So, if you print mostly black ink, get a larger black and keep smaller tanks of the other colors. Pro tip: Your cost per milliliter of ink drops considerably regarding larger ink tanks. So, get the largest size that you can to maximize your value.

It's Not Just For AEC

Although architectural, engineering, and construction lie at the heart of the TX Series, it is a great solution for education, general office use, and retail. The TDS Pigment Inks are capable of producing stunning photos and graphics for posters and POS displays.

Regardless of market sector, all users will benefit from the included T36 Color Scanner featured on the TX-3000 MFP T36 and TX-4000 MFP T36. This scanner gives users the ability to scan-to-file or scan-to-copy in up to six inches per second—that is twice as fast as a previous Canon MFPs.

Plus, the new and improved scanning software and interface are more intuitive than before. So, anyone can operate the system without having to dedicate a lot of time to user education or training.

According to Toyotsugu Kuwamura, Executive Vice President and General Manager for Canon’s Business Imaging Solutions Group, “Offering increased productivity, usability and security, these new devices bring with the technological advancements to Canon’s celebrated imagePROGRAF devices. The ability of the TX Series to print striking, resilient posters, banners and technical documents makes it at home in a variety of settings, whether it’s at a construction company, architectural firm, or in an office environment.”

Sign up and stay updated with the latest AEC technology news, review, tips, and tricks.